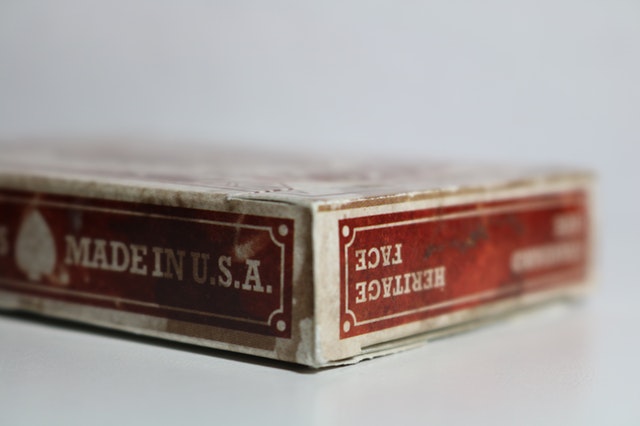 While American Elections might be of little interest to my friends outside the US, they should interest them and everyone else in the world, because they greatly affect the lives and futures of every single one of us – in, or out, of this country as we can clearly see from the effects on our world, especially in the Greater Middle East. Therefore, I hope this post contributes to sharpening your understanding, or scaring you!

On the morning after President Trump gave his speech at CPAC (Conservative Political Action Conference) in which he wowed the crowd and received a fawning endorsement and adulation, I was having coffee with my daughter during which I mentioned that unless he is impeached, or for some other ultra-ultra-serious reason, it looked to me as if Donald Trump will likely be a two-term President. On February 25, reading my online magazines and news, I saw an article by Matt Latimer in Politico titled: Trump is Winning, with a subtitle: Are you sick and tired of it yet? Here’s the link, if you’d like to read it:

The article was uncanny in its timing as it reflected exactly what I had been thinking. However, as the White House Govern-by-Chaos-as-a-Style continues to play itself out, who knows what will happen? Perhaps things will change tomorrow, however, as they stand right now, and considering our turbulent US and World landscape, here are some interesting observations:

The Iraq Prime Minister has indicated that he wants all foreign troops out of his country. Should this come to fruition, it would be momentous for the entire region.

The Government of Afghanistan, and at long last, is negotiating with the Taliban. If these talks bear fruit, this could herald another momentous event.

North Korea’s Kim Jong Un has indicated a willingness to negotiate with the US, and is ready for a face-to-face meeting with President Trump. This proposal caused the world to emit a nervous sigh of relief regarding the possibility that we might avert a nuclear showdown. Remains to be seen! What is astounding, though, is that so-called Progressives and Liberals, especially the shameless dishonest and biased MSM, could not bring themselves to celebrate what could possibly be a very positive turn of events. Have they no conscience? No morals? Do they prefer War? Or, is it simply that they hate Trump so vehemently and no matter what he does?

Yemen? Syria? There is no serious effort to end these two tragedies as yet! Wringing of hands, beating of breasts and announcing that these are the greatest human catastrophes isn’t enough. No talk is! Tragic!

Iran? The sharpened sabers are rattling as Trump has you in his crosshairs!

Knowledgeable people in Israel and in the US are re-explaining that when Trump made his “Jerusalem is Israel’s Capital” declaration, he did mention that the Palestinian sections of Jerusalem were up for “negotiations” between the Palestinians and Israelis, and left the door wide open for East Jerusalem to become the Palestinian capital. Despite all the brouhaha after his declaration, and despite what might be Netanyahu’s dire and theatric objections, this was clearly his intent. Perhaps “Art of the Deal Trump” might be able to bring about a resolution to this catastrophe and bring on another momentous occurrence. Who knows?

Moreover, one of the most important arguments as to why Trump could win, where I am concerned (and I am certainly not Republican, or Conservative, nor have I voted for Trump), is the Democratic Party Fiasco! Why, you might ask? I will begin with an “Official 2018 Democratic Party Survey” that I received in the mail a few days after reading the Politico article. Here to illustrate are the three questions that I found to be absolutely, totally hilarious:

Section II: Your Personal Priorities
Which domestic issues are most important to you?
Out of the 14 Choices in this segment, number 13 is:
Ensuring that our democracy is free from Russian interference

Which international issues are most important to you?
The first Choice in this segment is:
Russian aggression and increasing global influence

Section III: The Republican Agenda
In the Second Question: Which aspects of the Trump presidency do you find most disturbing? And of the 14 Choices in that one, the fifth is:
His admiration of Russian President Vladimir Putin and refusal to recognize Russian meddling in our elections

There you have it! Brainwashing! Again I say, as I have said many times: this Russia Meddling hysteria is so extremely hypocritical when knowledgeable people KNOW that the US has been Meddling, Conspiring, Assassinating, Spying and Warring in every single country on the face of this planet. (And Trump knows that very well, and that’s probably why he has refrained so far from joining the inane chorus of damning anything Russia/Putin) While I do not believe that meddling should occur in Any country’s elections or affairs, I simply cannot understand why it is okay when we constantly do it, and not okay when others do. I have yet to read, or hear, a convincing answer to my question. Is it because we always need a “threat,” an “enemy,” a “war,” simply to satisfy our untethered aggression, greed and imperialism? Therefore, simply by posing these options as part of a serious survey is absolutely absurd, and one more reason to believe that the leaders of today’s Democratic Party are war-mongers, hypocrites and liars.

Another terrific article that I happened to come across, written by MJ Rosenberg and published in the Huffington Post on October 5, 2017 with the title: “Sorry, Democrats: Your NRA (National Rifle Association) is spelled AIPAC (American Israel Public Affairs Committee) and which is another perfect reason that illustrates the hypocrisy of the Democratic Party. Here’s the link to that one:

In this essay, the author is telling the Democratic Party that they cannot have a hissy fit about the power of the NRA to intimidate and shut down any reasonable debate on gun laws, when they allow AIPAC to apply those very same tactics of intimidating, shutting down, black-mailing and smearing anyone who goes against their criminal agenda. The author himself admits in another article that had he been thirty years old he would not have dared to write this article for fear of AIPAC’s belligerent retaliation. Imagine this! It is very disturbing, and proves how very few brave and honest people we have who could stand up to wrong-doing wherever it stems from, yes, even from Israel! So that’s another reason why the Democrats are war-mongers, hypocrites and liars, not that Republicans are any better on this issue.

Schumer, Pelosi, Feinstein and all those pretend Democrats Love what Donald Trump has been doing! And don’t you believe otherwise! They Love the new tax laws that will enrich them even more; they Love his support of the very corporations that line their pockets with campaign/bribe money; they Love his saber-rattling as I have not seen any one of the head honchos of that party voting against ANY war! All the other supposedly Democratic issues are simply window-dressing – especially DACA, on which they should have done something when they could have, but didn’t –  that they dredge up now and then in order to whip up the ignorant crowds! Yes, they are war-mongers, hypocrites and liars!

Unfortunately, they are supported by all of Trump’s Opposition: Neo-cons; many of the upper echelons – retired and still active – in the CIA, FBI, NSA etc.; the so-called journalists and pundits of the MSM, the Deep State whatever that is, etc. who are simply intent on destroying Trump by any means necessary, even at the expense of this country and its citizens. Here is a perfect article:

With this inordinate amount of outright mania that has overtaken the Rachel Maddows (perhaps a Xanax before she comes on the air?) and her likes, no wonder this President is suspicious of everyone around him and wants to keep Ivanka, Jared and a few others close to him in order to relay his messages to Heads of States personally and lest they be distorted by others. Who knows how he will conduct those affairs if they are made to vamoose!?! If you notice, he has also personally spoken to every Head of State on a one-to-one in order to relay his thoughts and listen to theirs without, again, the distorted message that he might receive from others who have their own sick agendas in mind. He knows, and he is absolutely correct, how secret, and not-so-secret, agendas can corrupt the truth to suit the “conspiracy?” Have we all forgotten Iraq and the lies that went into initiating that crime and which today is engulfing the entire Middle East? Trump, himself, rightfully believes in the fabrications that led us to that.

And not till the day I die will I ever forget Hillary, that war-mongering witch, saying with a snicker on her face: We Came, We Saw . . . He died! This was about Gadhafi and Libya and the unwarranted war that Hillary and Bernard Levy inflicted on that nation! The woman has never seen a war that she didn’t support, especially in the Middle East! Another reason why the Democratic Party is a cabal of war-mongers, hypocrites and liars!

A Party cannot be Progressive and Liberal, to support Humane Causes and Compassion while at the same time it cherry-picks issues/causes/countries to support, or not. So: Are Republicans/Conservatives any better? Not really. This election has proven them to be more brazen in their pursuit of their agenda, an agenda that I do not wholly support (parts of it I do), and will not vote for. However, Trump, specifically, is doing Exactly – Exactly! – what he had promised to do, which is more than I can say for the election promises of the Democratic Party and their Fiasco!

Clinton had Ken Starr to air out a tawdry sex escapade that left this nation reeling. My sense is that Special Counsel Mueller, unless he takes his talking points from the shrieking MSM, will not stoop that mean and low, and while he might unravel a trove of information that anyone digging long and hard enough into ANY President/Administration/Corporation is bound to find, it would probably be that what the Trump Administration is guiltiest of are ineptness, inexperience and bluster rather than criminal behavior. I might be wrong. We will all find out soon enough.

Our mid-tern elections are coming up this November with no viable opponent to Donald Trump. If this endures to 2020, with the Democratic Party Fiasco continuing on the same failed platform as it seems to be, and Independents, Greens, Liberals etc. fragmented, inchoate and unwilling as yet to create One Voting Block/Party that will be a feasible challenger to this President, then guess who will win the election? Yes, Trump will win!

There are hundreds of other articles, brave writers and books warning that as long as the US Government – both Democrats and Republicans – remains in the gripping tentacles of the NRA, AIPAC/Israel, greedy Corporations, the immoral Mainstream Media, “The Conspiracy” and the Russia/Putin frenzy then we will continue going further down the toilet and, perhaps, taking down this whole Planet along with us! We can do better than this, as the examples I noted earlier might indicate! Meanwhile, and wherever the chips may fall, brace yourself World! It’s going to be quite a rough ride with a few interesting years ahead!