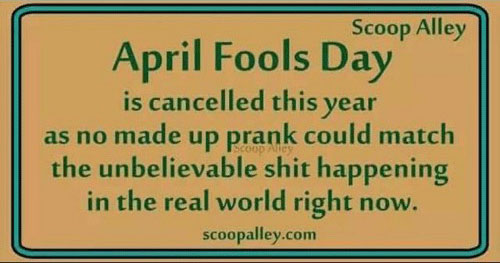 Sometime during the late nineties, and on one of my husband’s frequent hospital trips, a nurse came in and swabbed his nose explaining that she was checking him for MERSA. At that time, I had no idea what this was, and only later did I find out that it was a staph infection going around in hospitals and medical facilities and causing alarm and red lights to go off everywhere! The test came back positive; treatment was immediately started with topical and oral antibiotics; protective garments, gloves and masks were worn by all medical staff who came into the room, and I had to as well; posters were hung on the door warning of the hazardous infection. Panic buttons lit up! Crisis mode set in! A little over a year after that, we were in the hospital again. This time nobody swabbed my husband, and I asked how come? Oh, the nurse said, MERSA has already seeped into the outside community and we don’t need to check it anymore. To date, it is still in our communities. However, the initial response of Crisis and Panic was finito!

Over the years I would periodically check on epidemics and pandemics simply out of curiosity, and some time after the year 2000 I began noticing a few articles here and there in which health specialists and epidemiologists were warning that we were due for a pandemic. And, in fact, in 2009 H1N1 Flu (swine flu) emerged in the United States and quickly became a pandemic killing between 150 and 575 thousand worldwide, affecting mostly people under 65 years old and lasting until 2010. Viruses are insistent, and Flu viruses, in one form or another, have been with us for centuries, sometimes mutating, sometimes going dormant, but always existing. Just as a reminder, this year alone 20 thousand people in the US have died of the Flu even though we have a vaccine. At this point, we do not know how many will perish due to COVID-19. Anyway, and since 2010 specifically, health specialists have continued to warn us of an impending pandemic and the WHO (World Health Organization) began sounding the alarms that we were due for a worldwide contagion and that governments had better prepare for that. It seems, that corrupt, greed-ridden politicians were all La-Di-Da! And here we are dealing – pathetically scrambling to deal, I should say – with COVID-19, and a bumbling, inept, ego-maniacal President who cares more for the stock market and his reelection than he does for the fate of the American people! Pretty dismal! Meanwhile, we also had SARS, MERS, Ebola and, therefore, this latest virus should not have been a surprise, and the fact that the world was caught off-guard, short on the required supplies, short on worldwide coordination let alone coordination within each country, is another stark example of the ineptitude of politicians, and the dereliction of their foremost duty as elected officials which is to look after their citizens welfare. Huh?

Here, in the US, where even before Obama was introducing his ACH health coverage bill the corrupt politicians opposing him were lauding the fact that we have the best healthcare system in the world. This is definitely a huge falsehood since our health insurance costs are exorbitant, and since it leaves out so many who cannot afford it, and causes many others to go bankrupt. It is also one more proof of how our overhyped governing abilities are unravelling due to endemic corruption and disgusting management practices. In any case, this pandemic will be a humongous test of that assertion, and so far, it is woefully – woefully! – short! It will also be a coping test for the whole world in case our social order breaks down due to the virus, as well as to the looming recession, and people panic and start going nuts. This is already manifesting itself by our empty grocery store shelves. And we are only at the late start of this disaster! Let us hope for all our sakes that this does not happen!

The Corona virus, or COVID-19, is one strain of the common cold that is on steroids, and that has gone berserk. China was the first Petri Dish for this pandemic from which other countries are learning, and, frankly, I think they did a stupendous job of handling, mitigating and containing this fast-spreading health issue amongst their population, despite the fact that there is No Perfect Solution for such a disaster.

Note in the Margin: There is a very interesting movie that came out in 2011 called: Contagion. It is well worth watching these worrisome days as it addresses a worldwide pandemic scenario.

Two things that made me smile when I heard of them:

The first is how many times officials were stressing WASH YOUR HANDS FOR 20 seconds. Did you hear that, people? Had you no idea? You mean, you didn’t indulge in this hygienic practice on a daily basis, any time you walked into your home from the outside, before you ate whether at home, or in a restaurant? How come this negligence and ignorance in a Western advanced society where there is running water and plenty of soap and disinfectants? Bewildering, even though we all have to do more of this nowadays!

The second is a statistic – and I don’t know whether it is true or not, although simply based on my own observations whenever I happen to be using a public restroom, it sounds about right – that only 30% of men, and only 60% of women wash their hands properly – properly! – after using a public restroom. Unbelievable! Do such people do this at home also? Probably, yes. Pretty disgusting!

Another Note: I was wondering to myself when cruise ship companies would have the decency to stop advertising on television? And, not until Thursday, March 12 did some of them announce that they are suspending sea  travel. Greed and Runaway Capitalism are eating away at every damn value humanity has ever had as it continues to place Money ahead of Humans. There are also some evil companies preying on the vulnerable with hoax medicines that they profess can test, or treat/cure the Corona virus? I’m so glad that the Justice Department is going after them! How corrupt are they! How vile greed can be! How wicked we humans are!

Now, while H1N1 affected children and young adults mostly, the COVID-19 is hitting on those older than 60, or 65 and, especially, those with underlying symptoms. I am totally qualified for this! Therefore, I am not only practicing Social Distancing, I am in Self-Imposed Isolation for the foreseeable future, especially that I live with my daughter and her family and would rather not have the guilt of bringing it into the house, infecting them and, also, burdening them with my care, because, according to experts, the flareup of the virus that we are now going through might last between six and eight months. No one knows for sure. After that it might lie dormant, remain dormant but linger in our communities, or rage back again. The forecast so far is that it will flare up again next fall/winter. We will see. In any case, hunkering down is not something that bothers me. I will always find something to occupy me within my home: I have my crosswords, a pile of books, television programs that I like, movies to watch, as well as cooking my meals and being creative doing that. It’s fun! I also don’t have to wear a bra! Yay! And should the virus hit me, the EMTs transporting me to a hospital, or a morgue, would have other stuff to deal with than my bra-lessness! There’s always an amusing side to anything, right?! Anyway, we can all find something or the other to do if we have to, and going on with our life at this juncture with a La-Di-Da attitude is neither prudent, nor helpful. In fact, it is plain stupid!

One has to be sensible and pragmatic in the face of disaster, especially that we are still at the beginning of it. We also have to use our common sense, which, unfortunately, is in short supply these days, especially since we have to rely on such things as the inane television weathermen/women telling us if we need an umbrella and a coat before going out every morning! Really? Are they really serious, or just filling airtime with their nonsense and emoting? No wonder it’s called the Idiot Box! On so many levels it is just that!

Finally, our world has been through such maelstroms before, when sometimes thousands, sometimes millions have perished, and we are no doubt better equipped than ever before to deal with this, if only to spread the information and educate people. However, the realization that we have abused Mother Earth to such a painful extent – as this virus, as well as droughts/fires/flooding that are happening – should be a wake-up call, especially that we persist with our irresponsible abuse. But, Nature is hitting us back and saying that she has had enough of our reckless, senseless and greedy behavior. We must Now reverse and correct our ways of doing things, or else the future will hold many more pandemics and disasters. Meanwhile, let’s all hope that the damage – and there will be a whole lot of that – could be mitigated as best as possible, and that sooner, or later, what occurred with my MERSA experience will repeat itself!

3 thoughts on “Corona and Moi”