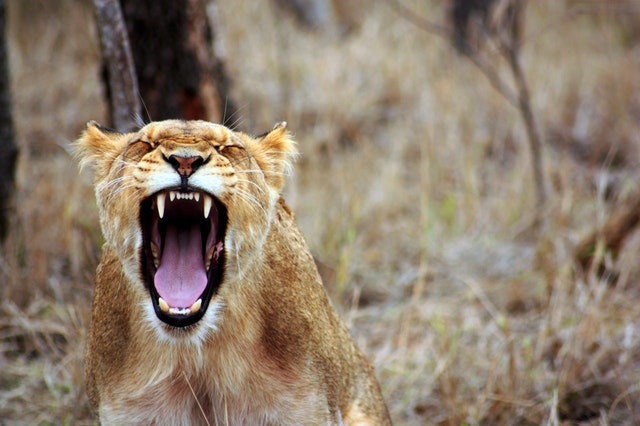 It took one Homo erectus during the Early Stone Age to rub two stones together and discover fire. That little spark, arrived at completely by chance, is just what it took to make the leap that brought on the advancement of civilization. And that’s how a tiny spark can sometimes be the onset of revolutionary events that allow us to become “civilized” – or, “more civilized” should I be feeling magnanimous!

So it is with L’affaire Harvey Weinstein! That scandal lit a fire that is still spreading and that has caused every “Eve” who was touched by these humiliations, in one way or another, to Roar! Although I doubted that it would continue blazing, it now seems that the flames have become too strong to be suppressed. I hope so!

All that is very good, and should be encouraged and cheered on until it manages to change the culture. I come from a generation in which Eve was not allowed to protest lest she upset the apple cart! So, let’s upset that damn apple cart! It’s high time we do so!

However, while I encourage every Eve to Roar, I have seen enough of these crusades in my lifetime to realize that they have taken down the bad, as well as the good in their wake. Therefore, we should be wary and cautious. There are many men on “our” side. Alienating them would be counter-productive. I still remember the heady and exciting days of the seventies when we were crusading for Women’s Liberation, and how some of the radical elements amongst us lumped all men as chauvinistic patriarchal pigs, and married women became concubines! And I must admit that I, too, got carried away then with some of that fervent mob rhetoric. This disaffected many men and women, and invited a severe backlash – not that this was the only reason – so that several years later we began to witness how admitting we were “feminists” became reason for scorn! Therefore, maybe we can learn from my generations’ past experiences and missteps?

One: We should not malign all men for the transgressions of some. Not all of them are scoundrels! I heard one zealous young woman on a television interview saying that she has no problem with making all men pay for the sins of some. She was either not yet born, or a baby in the seventies, and probably does not know the real history of the movement and the mistakes that we should now avoid. Maintaining a balanced approach is of the utmost importance. Otherwise, it would be very unfair!

Two: Now that the opportunity has presented itself again, we should seek to remedy the injustice and not merely score vengeful points! If we demand retribution for twenty centuries of wrongdoing and emasculate our men in the process, we will all suffer the further degradation of our already stressed relationships. That, too, would be very unfortunate!

And, as Eve Roars regarding the sexual conduct of our society, she cannot be Squeaking about all the related issues. I hope that she would carry her protests to all the injustice, evil and wrongdoings in our country and in the world. Unfortunately, most of our female politicians don’t do that! They are all jumping on the sexual assault bandwagon now because it is popular. Such opportunism! Such hypocrisy! Such double-standards! They are shameless! Roaring about sexual predators is very important. But, what about all the other predatory, unjust and discriminatory actions that are going on as we speak? Our world is interrelated and interconnected on multi levels. Addressing the very important issue of sexual aggression is part and parcel of the assault that is taking place every day, here, at home, and all over the world. If we are to Roar and really cause transformational change then we have to address all the causes that are rendering victims out of women – wars being the primary causes that invite aggression on all fronts. (And many of our female politicians supported all our wars!) This is our chance to make a true and lasting impact if we are serious. This is our chance to Roar and not to fear any repercussions, while demanding that all the sexual assault culprits be punished as per the law.  Change will not happen on it’s own simply because we are furious about it.

Frankly, I have had enough of any woman (or man, for that matter!) who talks about equality, justice, compassion and empathy and manages to conveniently forget those attributes for political, or financial gain. “Job Security” is precisely what, in many cases, has encouraged sexual predators – as well as the silence of men and women, and the complicity of others – to continue being flagrantly abusive. It is also what encourages corruption and hypocrisy across the board. Enough of all that!

What has been happening recently in our country is nothing short of terrifying chaos and dangerous babble! Every one of us “Eves” should be extremely concerned about that. Moreover, I think we are all aware that as women who might come from different sides of the political spectrum, we will not be able to agree on all issues. Nevertheless, there are many problems that we should all be able to agree on irrelevant of our divided, and divisive, politics simply because they are good for women, the country, its people and our world. We could agree at a minimum, for instance, on demanding transparency throughout our governments; requiring that all corruption be eliminated; insisting that double-standards are not okay.

Throughout history, we women were the compassionate negotiators on this planet within, and without, our homes. In our renewed demands for equality and justice we should not forget that while we are different from men, we are equals who need them as much as they need us; we must love and care for them as much as we care for and love ourselves; and we must ensure that all of us feel respected, safe and secure in our homes, jobs and on this confused planet.